Then I Became CEO

In the previous post;  How I became an Employer, I mentioned I hired a Virtual Assistant in July.  There was much more going on that month than that…

NO SLEEP FOR YOU!

The mattress I have is dying, as in I get up in the morning, and 30 minutes later my body impression is still in the mattress.  Plus Texas is no longer having a week of 100 degree temps, we’re having most of a month…  with a good solid week of 105+ which my A/C unit was made for a week of 100.  It ran all the time and couldn’t keep up … so I couldn’t sleep between the two…

Not that it mattered, with the client sending multiple emails per day (98 total not counting back and forths in the month), with 20 items lists and 3 attachments and wanting the site be done in a month, and 99 pages to the site and her ever changing mind I didn’t have time to sleep anyway. 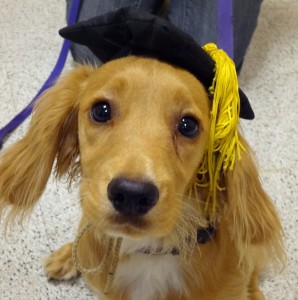 Plus Katie (the puppy) was going to school on Sunday which took up most of Sunday, but was a lot of fun.  The little girl won a squeaky lion on her graduation day for doing 24 “puppy pushups.”  This trick involves the puppy laying down then sitting up.  It was as if she  knew she could win that squeaky lion….

As such the wonderful uplifting blog of 365 Online Tips started dying as well.  I didn’t have time for it…  And I realized I had to let something go, and so I let it go slowly until finally we were no more…

But the clients they promised were not coming in.  Here is was July, and while I had written for them, fixed sites for them, and done various other projects, I hadn’t seen even a dollar.  One client of theirs had finally agreed to work with me.  This had taken months though, and another client (a close friend of one of the owners) was going to agree to work with me any day… and disappeared.

So it wasn’t working out so well.

Yet, I hadn’t stopped building my business, which is why I had hired the VA.  While it was technically the first time I hired her, this was the fourth client we’d worked on together.  We also worked with president regularly.

This was based on various referrals and recommendations that the same people kept getting assigned together.   Yet, because of this coincidence or fate or whatever it seemed fitting that as I decided on people that would be the backbone of my team they should be the very people I work with most often.

This seemed especially befitting since I knew that the end days were coming for a common client.

And with our various skillsets we covered a wide range of needed skills for the business I wanted.  “Media Guard Group, we design a branded and secure online presence for your business.”  Thus we needed website design, branding, monitoring, security, marketing and various other things… basically to help your business look like a 7 figure business.