Side Note: I know not everyone who reads my blog is spiritual or believes in God, so please respect that I do.

Confession 3: I am sometimes very confused, very hurt, and mad when it comes to God.

I wish I weren’t.

I wish it were as simple as believe.

I believe in God.  That’s actually easy for me.   But believing that He loves or cares for me… that is something else entirely.

The year was 2002 or 2003, when someone tried to “save me” by using the Baptist “hell-fire and brimstone” of “this is the life you deserve, and you deserve much worse…”

It was a sin that I was divorced, never mind I was probably a year or two away from death in that marriage.  Being divorced meant that I should spend the rest of my life alone, dating was wrong.  I was greedy in wanting money, even though I was actually very tired of working 2 and 3 jobs and had just been a volunteer Episcopal youth minister on top of that.

Their attempt to convert me backfired.  Long ago I had become a Christian, thus the time as a youth minister.  So their preaching that I was headed to hell, resulted in my deciding, that apparently the “hell on earth” I had already been through was my lot in life.  This was in fact all I deserved.  I wasn’t worthy of love.  God himself either hates me or has given up on me. 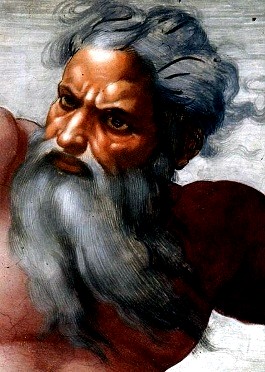 “God has given up on me”

This is why I had a husband that ignored me even when I said “I’m going home to shoot myself.”  He didn’t notice that every rib showed.  This is why miracle of miracles, I got pregnant… and lost the baby after I had laid out all the plans to keep the baby safe from him. I didn’t deserve the baby.

This is why when I waited for the ink to dry on the divorce to show interest in WM, he walked in with his girlfriend.  I didn’t deserve him.

This is why I had a job I loved, and a boss who regularly told me what a screw-up and f* up I was.  Because I was… besides which, the next few bosses regularly told me I was as well.  They also regularly called me in on my days off, and told me long after I got dressed that I didn’t need to come in today because I didn’t deserve respect.

This explains why I had to work 2 and 3 jobs, getting paid far less than I should… I didn’t deserve money.

God doesn’t believe I deserve anything.  This is why when I admitted to another youth minister that I had been anorexic, he didn’t say anything, but suddenly some people in my church were asking “How often do you go without food?”  and tried to send me to the mental hospital.  They took over the meetings and regularly “forgot” to invite me to meetings with my own youth group.  (This really hurt and had already turned me from my church.)

This is why a down the road neighbor whom was trusted by my neighbors would rape me.

God thinks I’m worthless. It explains why my “friends” / designated drivers would get me drunk and leave me at my 3oth birthday.

This explains why even though I try to help people as much as possible, they don’t have time to help me.

This explains so much… well… if God has given up on me, yet refuses to let me die… then I guess I will have nothing to do with him.

And so I haven’t… until just this year…

The Hunt for a Church

In March or April, a friend and I started a journey to look for a church, we both had several reasons.  Some of my reasons will be discussed on another confession.  But one reason is that I am spiritual, I believe in God.

So I went with my friend.

Then a few weeks later, WM contacted me.  A few weeks after that, I started going with him.

And started trying to restore my faith in God… but I have realized I’m angry with him.

I’m angry that I had to go through bad relationships instead of dating WM after the divorce.

I’m angry that I had friends like my AWOL friend emailed me a “congratulations, you deserve it. Because you picked such losers and all I ever did was care about you and try to save you from them,”  (also she apparently doesn’t understand that AWOL means absent without leave.)

I’m angry that from 1994-2007 I felt like I had no one I could trust.  No one I could ask for help.  It seemed like every time I asked for help I got slapped in the face.

And much of that anger is directed towards myself or God, because I begged, “Please God I need some peace. I need some love.  Please God, I’m at the breaking point.”

Which leaves me conflicted…. which is another confession, but not tomorrow’s.