Ok… if you are a regular reader, you have heard this already.  If you have just read the confessions of the last few days you’ve seen it mentioned.

But it was a very large part of my life.  It is something that has changed my life.  It is why I want to change other people’s lives.   And as much as I would like to say it isn’t… it is part of who I am now, and it’s part of why I write, because I don’t want others to go through what I did.

While I was the one who bought groceries, he didn’t like when I spent money on things other than his list of highly processed foods.  We went out to eat for a burger and fries… every Friday with his dad, and sometimes with his friend on another day.  All this grease didn’t agree with my stomach, so I skipped meals. 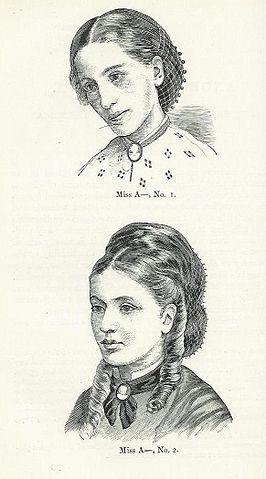 The worse the marriage got, the worse my stomach felt.  So I skipped more meals.  Some days I didn’t eat anything.  Some days I ate a sandwich, consisting of 2 pieces of bread and a sandwich slice of meat, maybe cheese.  I liked dessert… so I ate that.

And one day I woke up… and realized I was pregnant… and saw my body.  Ribs. Boney arms. 98 lbs and four months pregnant.

I miscarried after laying out all the plans to gain weight, get a divorce, and hide the pregnancy and eventual child.

But the anorexia scarred my body inside and out.   My heart often beat irregularly.  My joints ached.  These grew better slowly… after many years.  But the pregnancy would be my last. My ability to regulate temperature is still damaged.

I feel like I learned from it… and hope to make a difference with that knowledge, but instead it has hurt me even more.

Why It’s Hard to Admit …

During a youth minister meeting, a youth minister commented about one from his group had an issue with anorexia.  I pulled him aside and offered my knowledge.  Within a month, some people in my church were inviting me to dinner.  I thought this was nice, but the questions always turned to why I didn’t eat something or if I’d ever gone without eating or when I ate last.

Soon they were insisting I go to a mental hospital, because I had admitted to not eating that day not hearing the part of I hadn’t eaten because of work.   The counselor they insisted I talk to asked why I hadn’t eaten, and after hearing 3 jobs, and stress.  He asked if I have friends, I answered “I thought they were” he answered… “you need better friends.” They were actually disappointed I wasn’t admitted to the mental ward, and soon took over the youth group.

The anorexia cost me friends and my youth group.

June 2010 was a time of high stress.  I was struggling to eat.  I wasn’t hungry, but I made myself eat.  Then the AWOL friend called to ask my calories in coffee and creamer… she wanted to eat the minimum calories to live … when I told her “Just eat… I have to …” She hung up on me.  She refused to talk to me for a week, by then I realized she wasn’t a friend.

She not only knew I was anorexic, but used it to point out how other friends didn’t notice or care (although she hadn’t said anything at the time either).    It cost another friendship.

And sadly I’m not entirely over it.  I get stressed and my appetite drops.  There have been several days (and several in a row) that I have eaten only a bowl of cereal in a day.  Fortunately I know people love me, and know they would be concerned if I don’t eat, so I do.

But anorexia isn’t my only self-destructive confession.