Confession 8 These Confessions are Surprising to Me

Before I started, I decided I would do a week’s worth of confessions. I had a topic for each of the seven posts.

Then I started writing the posts. Well, I confessed more than I realized I would. There are things I hadn’t intended to talk about yet. There were things that I was worried about talking about… And honestly I’m discovering more about myself and more about you…

For example, here I am in the Bible Belt admitting that people may have differing views other than Christian. There are other religions. There are those who do not believe. Further I admitted that I’m mad at God.

But here’s one more confession, I do not choose to follow religion narrowly defined by the words of man written thousands of years ago further narrowed by a particular point of view. I choose to believe in a God of Love. He loves me. He loves you. What you call him is up to you. And while I am still struggling to believe He loves me, I am slowly accepting it. 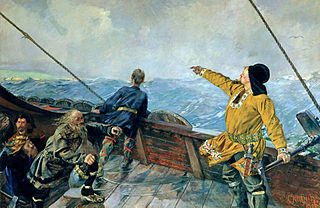 Yes, I wanted to say I’m past anorexia. I wanted to say that it I no longer struggle with it… but the point of confessions is confessing.  So I had to admit, yes, I spent many times this past summer with the very simple thoughts.

WM would be hurt if he knew I hadn’t eaten.

If Janet found out, she’d drive down here.

Eating is important. It doesn’t matter what I eat, as long as I eat.

While this may not seem like thoughts that take care of me, they were thoughts that made me eat even when I wasn’t hungry. And in the end, the fact that I ate was what was important. And it is important for others to know sometimes that’s just what you need to get through something that could ensnare you…

Yes, I was self-abusive. No, I didn’t expect to have a whole post on it. (That being said, my self-abusive “habit of choice” is only known by a few. ) I wanted to quietly rush through that thought, hiding it inside another. Why did I want to proclaim something that can easily be turned against me? (perhaps that was a self-abusive :P)

Yet, I confessed because I saw the comments both public and private. And truth is, for as alone as any person feels there is another who is feeling things that are very similar. I could no longer be the wall flower hiding in the shadows allowing others to feel alone. And I know, from various private messages, others are glad I said something.

Confession 2: I’m trying not to hate … me

Hating yourself is typically part of self-abuse and anorexia. I knew I was going to write this one and lead into the anorexia confession with a paragraph about self abuse. But writing this self-hatred confession, I realized I needed to say the words said to the mirror.

The emotions that would suddenly lash out, and that they may seem directed at others, when they are actually quite often self-directed. This wasn’t just an explanation for me, but for others whom have felt attacked, and for others who may see self-hatred in themselves or others.

This was the first clue I wouldn’t be able to write about Self-abuse without explaining it. But what surprised me is that quite a bit of self-hatred has been replaced with self-disappointment. And funny thing… that disappoints me.

But not all the confessions were about helping others…

Talking about PTSD was actually mostly about admitting and accepting I have PTSD. Yet, this post touched others. It’s terrifying to wake from dreams and the bed is wet from sweat, your heart is beating so hard you wonder if you are having a heart attack. Because the sleep paralysis is scary as hell, when you are having a vivid awake dream of being attacked and all you can do is mumble. These are things you barely want to admit to yourself never mind to someone else. “Hey doc, so I wake up screaming and fighting off attackers and yet I can’t move…”

Confession: I fall asleep sometimes when I sit still for a bit. I’m pretty certain this lack of sleep is why I have more headaches than I did. But I’m trying to be better about “avoiding bed” and going to bed at a reasonable hour, so I can get better sleep.

Confession 6 A Terrible Need for Affection

That confession is partially a lead in, to another. It was supposed to lead into confession 6, which will be confession 9 I am conflicted. The selfish purpose of this post / confession was to explain part of why I am writing these confessions.

Another selfish purpose is to explain to the people who told me “don’t worry about giving Christmas gifts to others if your finances are tight” is actually quite painful to me. I want to help others; not being able to, especially for financial reasons upsets me. Of course that being said there is another issue as well… which will make the final confession even harder to write and give me further reason to delay.

This confession is to help people understand I am not writing these posts because I am unhappy. I’m not the self-hating, self-abusive, nightmare almost every night, person who believed God hated me that I was in 2007. I’m not the person who believed God turned his back on me, so I’ll ignore him, regular nightmare having, fighting self-abuse by letting my “best friend” and an almost always drunk boyfriend berate me do the abuse for me person I was in 2010.

I am the conflicted person… the person who doesn’t want to write the conflicted confession, nor the final one. I’m the scared to tears person, who knows that those confessions are ones I haven’t even admitted to myself so how can I possibly write them down and explain them to you person. I’m the person that will have to admit something I have been denying to myself and to others. But I also know that those confessions or rather the lack thereof, are blockades.

And confession… I thought this would be a short post explaining my goals before and now with writing these… oh well….