I decided to write a series of confessions… there is a reason I’ve not been writing… but that confession will come later.

The first confession is that I have PTSD.  I denied it.

I mean, many people have been through far more trauma than I have, so how can I say I have Post Traumatic Stress Disorder? In my mind, it minimizes what they went through…

Yet, I have had nightmares for years.  Nightmares that startle me awake. I often was spending 30 minutes trying to sort the dream from the reality, calming the pounding heart and sometimes wondering if I needed to go take a shower because I had been sweating so much. Years ago, I would wake up sobbing so hard my body would shake.  Sometimes I would wake myself up “screaming” fortunately they were the muffled screams of dreams… but still left me almost as breathless. 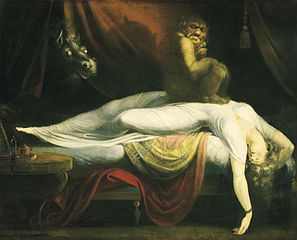 But the worst experience was sleep paralysis.

Yes, it’s pretty much as it sounds. You can’t move… you can’t scream.  At most a weird mumbling sound comes out.  I would wake with someone on top of me… people stealing everything I cared about, hands over my ears laughing at me, or sexually assaulting.  I’d try to scream or move, and couldn’t move.

Then I’d start hyperventilating and sobbing, and finally the dream and paralysis would start dissolving, so  I was awake and dreaming still. Fortunately the sleep paralysis hasn’t happened in years, but the nightmares were still happening.

Over and over, I relived abuse in my dreams.

Over and over, I would wake up to hearing my heart racing.

Over and over, trying to sort where I really was from the dreams.

In many ways I worked  way past midnight to avoid going to sleep.  Sleep is supposed to be comforting, and restorative, but what if it’s not?  Who wants to go to sleep to relive a guy raping you?  Someone watching you sleep?  Your “friends” taking your dog, or abusing her and you unable to move?

And so I didn’t sleep.

Of course, by only going to bed when I was incredibly tired, it created a downward spiral.  It contributed to the dreams and contributed to my not being able to get over the things that happened.

It also meant that I wasn’t thinking clearly enough to see that I was still in some of those abusive relationships.  While I was out of the most abusive of the relationships, these lesser abusive relationships just kept the experiences going.  They were contributing to the PTSD, because I never knew what to expect, and they knew I felt guilt over things, and would further my guilt so I would help them.

But it wasn’t just the nightmares.  I also had (still some what have) trouble letting people close to me.  I often pretended to have the emotions that people around me wanted.  I pretended to have secrets because telling real secrets would get turned against me.

And for many years I kept my emotions under such tight wraps that I stopped feeling anything, until things would build up into a horrible tsunami of anger or on occasion unstoppable tears.  I felt like I was the Hulk… (ala Bill Bixby and Lou Ferrigno) “Don’t make me angry … you wouldn’t like me when I’m angry.”

but that’s a confession for tomorrow…