How I Became an Employer

There is a lot of this year that I haven’t really shared.  Part of it is that I haven’t had time to blog like I did before. Work has been crazy, even if I don’t have enough clients, there are so many irons in the fire.

In February due to a client issue, my life started changing.  It’s rather bizarre how much my life has changed in the past few years.  I keep writing my life is changing, and while it may seem like I’m repeating myself… the truth is there is no way I could make the changes I’m making right now even two years ago.

Five years ago this was a long off future and ten… well that’s another story.

In late February a monthly client skipped his payments for the month. Fortunately I worked closely with some other people, so one pointed to another company.  Unfortunately it was going to be a bit before they talked to me.

Always Have a Backup Plan 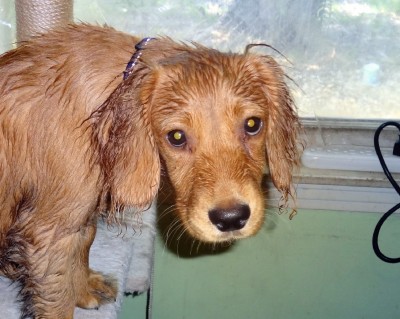 This picture is not at all related to the post, but is a picture from June the time frame covered in the post… therefore timewise related to the post if not in fact covered in the post….if you’ve read this blog before, you should know to expect this kind of random happenstance when you visit this blog…
FYI, yes that is a wet puppy in a cat tree… why? My blog is not the only place that is random in my life…

With my past, I knew building a backup plan was important, and since I wanted to work with this business and few others that were similar, I looked for holes in their plans.  Fortunately my skills fit some of the holes and overlapped in others.  With further planning I also could see how I could transfer work between the various companies.

So often my role has been that of glue.  Keeping people connected to each other and various other ways of keeping connections open.

It was March when I finally met with the company.  I already had a complete outline of the services that were complimentary to their business and what I could bring to the table and services I could offer.

Somewhere over the course of those 2 months I realized I no longer wanted a business with just me.  I didn’t want to just hire people who could do tasks… I wanted to build a business for my future and possibly a future for some friends.  This was going to be a business designed so that I could walk away from it on occasion, and then more often.  Eventually I would sell it and be able to let it fly without me.

It was a crazy April and May, as I drew up plans, worked with this new company and created even more ideas for how the business would work.  In June I had 3 new clients, and while that doesn’t sound like much it was as much as I could handle, because the jobs were labor intensive.

This was also when I realized I could no longer do everything on my own and hired someone part time to do social media.

Then in July, one of the clients moved up her deadline.  I agreed, but without increasing her prices as I should have.  She proceeded to send multiple emails per day and files, and emails telling me to get back with her, and so on…

One day I logged into my email and found 20 emails all from her. After hyperventilating, I contacted someone who had already worked with her.  Someone I had already considered hiring.