Good Bye Robin Williams, but Depression Lied to You.

Robin Williams died today.  It is believed to be self inflicted asphyxiation.

On Facebook are the questions: Why would he kill himself?  Wasn’t he getting help?  Couldn’t he afford help? He was a comedian, how could he be depressed?

There was the finger pointing.  Robin Williams was wealthy but that didn’t save him from loneliness and depression.  Then using  “evil of money” from 1 Timothy 6:6-10 NKJV and the rich ruler who went away sorrowful when told that he should sell everything and follow Jesus were quoted as some sort of salvation.

First off, I want to address this issue. I grew up in the churches that preached “money is evil.”

Yes. Wealth is not going with you when you die.  Yes. It is true, money doesn’t make you happy.  However having wealth is not evil, no matter how many times the ministers point it out.

1 Timothy 6:10 says “THE LOVE OF money is the root of all evil.”  They forget the words LOVE OF. The young wealthy ruler was proud and loved his income, money and things. Jesus looked at him and asked him to “sell his pride” the thing he loved more than Christ.

The Christians who want to preach how wealthy are evil should consider if Pride in their Salvation is the root of evil for them.

And in the case of Robin Williams, he made great money because he was good at what he did.  He deserved what he made. Wealth didn’t save him, but it didn’t kill him either.

The thing is Robin Williams was suffering from depression.  Pointing out his wealth, his family, his job, all the good things in his life were not going to save him.

Today depression knocked on Robin’s heart and showed him only darkness, and offered a solution that doesn’t make sense to most, but it does in the darkness of depression.  It made sense because depression is a liar.

Just in case you can’t read that image, I will quote him.  Because I want you to fully understand this.

Depression is a liar and a thief. It’s like a virus that randomly switches itself on, and turns you into a zombie. It isn’t you. You watch in horror, and scream at what it’s doing. There is no tomorrow. The world will be better without you. It’s not true. It’s what the liar tells you. You can’t listen to it. You ride it out. You fight. Sometimes it’s easy. Sometimes, It really isn’t. Depression is a liar and a thief, and I hate it a little bit more than I did.

Wil Wheaton (aka my geek hero/ author crush) has talked about depression several times.  Today he pointed out some of his posts. But one line from YOU STAND AT THE EDGE caught my attention. “Without even knowing it’s happening, all you can see is whatever the depression wants to show you, and depression is a lying jerk.”

Depression is a liar and a jerk.

Depression will turn everything around in an instant.  It will ignore the praise that you have gotten for designing great websites, being a great writer, being a great actor, being a great comedian and focus in infinite detail on the moment you did something wrong.  It doesn’t matter how insignificant it is.

It will wash away all the love of your friends and family, and focus on that single person that tells you repeatedly how you much you suck and maybe life would be better if you were never even born.

Depression will stop seeing the colors of the world and see only the darkness.  Suddenly everything is reaffirming the worthlessness of your life.

Wil described it as a heaviness like the lead vest the radiologist has you wear to take X-rays, but imagine it all over.  It can make it hard to breathe.  Hard to feel.  Hard to see the light.

Then there people who haven’t battled depression. Others who don’t know or accept that some people just aren’t as happy as others.  The people who wake up every morning happy. The people who think depressed is something depressed people choose to feel.  And these various happy people believe that people who aren’t happy “just need fixing” because everyone should be hap-hap-happy.  (FYI the world would be pretty boring if everyone was happy all the time.)

Pills aren’t the answer for everyone.  For many, they face the disadvantage that those pills tend to reduce other emotions as well.   Life goes from a range of colors, both high and low to being a decreasing range of gray.

And if you have heard or read any of the anxiety/ depression/ etc pills advertisements you have likely heard the “increased thoughts of suicide” is a side effect of the very medication that is supposed to help. Even with the “right medication” it needs constant monitoring and changing. In addition, the pills can help create addictions and other issues.

Still there are moments when the darkness gets bigger than what the medication can handle.

Can you really get much happier than Robin Williams when he was happy?

Look at the characters in Winnie the Pooh.  Tigger is always happy.  Piglet is very scared. Winnie is happily oblivious.  Rabbit is stubborn and worried. Eeyore could be considered depressed but he is also very practical and happy sometimes even when everyone thinks he isn’t.   Owl is wise and a bit narcissistic.  And while these are “animated characters” if you look around your life you can find them in the people who surround you.

Since I was small I was told to smile or be happy.  Yet I was happy, even though I was quiet, even though I looked serious.  Now people pushing this has become something that upsets me, because a smile doesn’t make one happy or unhappy.  Being someone whom you are not, just to make others “happy” IS something that can make you unhappy.

While the theory is you choose to replace the pain with happiness, it can easily become a mask.   The happy face, the jokes, the laughter.  All of it to show the world how happy you are, all while you slowly fall apart.  Then one day the person becomes the “I-never-knew-he-was-depressed-he-always-seemed-so-happy.” 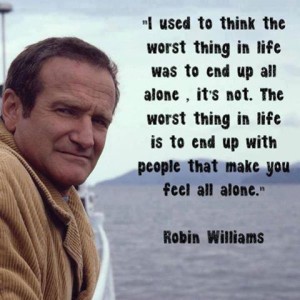 This assumes you know who your real friends are.  Unfortunately your attempt to talk things through with the wrong people can make things worse.

People will tell you to choose happiness, like I mentioned above.  But depression can suddenly rob the world of light.  Other people will tell you that you shouldn’t talk about things that are bothering you or “just get over it” and turn their back, snuffing the light that you were grasping for almost blindly.

Others will say “if you are depressed you need therapy/ counseling / doctors/ medicine…”  see the above “cures.”

Others start thinking you are going to commit suicide right-here-right-now and demand you seek immediate therapy. As the therapist said when I suddenly found myself sitting in front of one…

“Who is your support structure… friends?”

“The people who brought me here”

The “friends” who took me to the mental hospital were Christian.  A Baptist and an Episcopalian who attend their respective churches every week.  They lead Bible Studies.  I was depressed before, but on the mend.  So I was trying to talk to my youth group about depression, to help guide their paths. These “Christian” leaders were offended, after the brief session with the therapist they quietly took over my youth group.  This meant I went from recovering into an even more severe depression and 10 years of believing God didn’t want me.

For others this “believe in God” is as useful as “choose happiness” and while like the other it could help… pushing it down someone’s throat can actually make it worse.

So What Helps with Depression?

“Hey, I was thinking about you!”  “How are things going (something in their life)….?”  And listening, genuinely being interested.  Don’t expect sad or glad news, just listen.  Be a friend.  A card or text with “You were on my mind, and I thought I’d say hi!” Offer to buy lunch or dinner for someone who is often alone.  Again, don’t expect or hope they will talk about depression, just be a friend.

When you notice something that the person is really skilled at, compliment them.  Say nice things to both people you know and people you don’t, because you don’t know where a person is in life.  Don’t judge people for their personalities.

These things can easily be obscured in the darkness of depression, but a single light can also hold it off and it may be seemingly tiny to you, but huge to the person on the edge of life…

How Do I  Know Who Has Depression?

Most people probably would assume Robin Williams would not have depression, but he did for years.  Some people are going through a rough patch… divorce, job loss, work pressures, life, and may be suffering from temporary depression.

Some people talk about it regularly, like Wil Wheaton.  Others keep it quiet, not wanting attention.  Others know depression creates a stigma that they don’t want or can’t bear. Others are trying to draw attention not to themselves but for people to open their eyes to others and that there are people who are hurting around the world…

I want your attention.  I want you to see what I see…

“The so-called ‘psychotically depressed’ person who tries to kill herself doesn’t do so out of quote ‘hopelessness’ or any abstract conviction that life’s assets and debits do not square. And surely not because death seems suddenly appealing. The person in whom Its invisible agony reaches a certain unendurable level will kill herself the same way a trapped person will eventually jump from the window of a burning high-rise. Make no mistake about people who leap from burning windows. Their terror of falling from a great height is still just as great as it would be for you or me standing speculatively at the same window just checking out the view; i.e. the fear of falling remains a constant. The variable here is the other terror, the fire’s flames: when the flames get close enough, falling to death becomes the slightly less terrible of two terrors. It’s not desiring the fall; it’s terror of the flames. And yet nobody down on the sidewalk, looking up and yelling ‘Don’t!’ and ‘Hang on!’, can understand the jump. Not really. You’d have to have personally been trapped and felt flames to really understand a terror way beyond falling.” – David Foster Wallace