The Changes of Marky Mark Wahlberg

The other day, I was going to tell you about Marky Mark Walberg. When my good friend visited, we watched Four Brothers with Mark Walberg. Way back in the 1990s you probably remember a young rapper named Marky Mark.

That was not his name. Yet that was the name he went by. He pushed himself as a rapper, and was known for that world. After a while he made a slight change and became known as a Calvin Klein model. Wearing his pushed down pants we saw the tops of his boxers that sported that CK label. 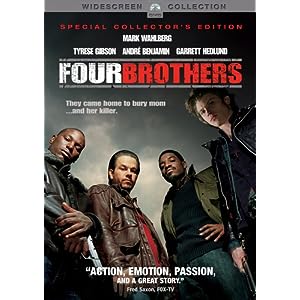 The actor completely reinvented himself from the rapper of old, thus the new name. Other rappers have reinvented themselves as actors as well, some have shed names, some merely shed that old identity. People reinvent themselves as well, yet so often we hold them to the same measuring stick that was used before. This is total inaccurate and unfair for them and for us as well.

See they have changed, and we choose to see the old person, we are denying them the ability to show us their full colors. For years I was both shy and extremely introverted. It seemed risky and not worthwhile to me to let others inside, for they would seek out ways to hurt me and I felt weak.

Then my life changed, I became stronger. I also realized those who actively sought to hurt me were people I needed to remove from my life. There were ones I thought I could remove myself from, and eventually we could rebuild and rebuild better, but when I changed they could not accept a world where I was not a person they could control.

It was part of why I became MJ.  The other was to go by the name of both grandmothers and live in the South, meant people thought of me as “simple.”  People have this weird idea that people with 2 names are idiots.  I program websites and learn things because I don’t know them. That is hardly an idiot.   And my first name, which is what classmates and some old friends and family call me… well that is my grandmother.  (and  online a politician in Oregon).

It was time to become my own person, and so that required my own name.  My initials are my first name now.   (and yes if you’ve known me for over 25 years you can still call me by my real first name)

But this change brought even more people who turned their backs on me. Some even hated me, or at least it seemed…  in some cases they either were never really my friends or they hated that I changed.  Yet, there were more people waiting for me to make a stance and believe in me for that stance.

Now I am taking a more proactive steps in changing my life.  So I am taking care of a litter of puppies.  Why?  For the challenge

Why do you climb a mountain, because it is there…

The challenge is something you have not done before. By doing something you haven’t done, you are able to reach more goals and reach more things, just because there is more you know you can do. You also look to things that once you considered way outside your limitations and realize they are things that can push your abilities and talents further. Yes, push those talents and capabilities, and you might be surprised at what all you can do.

Change requires making steps outside your normal world. Taking care of puppies is a huge responsibility for someone who took care of kitten 3 years ago, and the last puppy was almost 11 years ago.

Taking care of 2 puppies and puppies later is a lot of work. But it isn’t something I can not do. By doing it I know I can be responsible for multiple lives and fill their wants and needs. Of course I can’t cater to all their wants, there must be balance. Balance is what life is about…. balancing my wants and needs with moving forward. Challenging myself in multiple ways to get life expanding. That expansion will allow me to do more just like expanding your life will help you do more.