I Made Some Mistakes

Last post I was talking about Media Guard Group growing.  I hired someone to handle social media, and brought in people to help the company grow.  I had a plan and felt very positive about the growth.

The Social media person was excellent.  This person handled all of it and happily he provided new reading material.

But in late July/early August I committed myself to a busy October, a seminar / working – vacation, followed by helping my parents with a dog show, followed by Fan Days (Dallas Comic Con).  Basically October was going to be expensive.  The seminar was in New Orleans, some place I have longed to see for a long long time.  Since I haven’t been on a vacation in 2 years this would be a working vacation.  The seminar would be fun, and being in New Orleans, it’d be a working vacation, full of fun.  I would make friends and make good business relationships.

The Comic Con Fan Days would be purely for fun, but hopefully work in business.  Hey, I love what I do, thus talking websites and social media.  Yes, I have people do the social media for the business but that is so I stay passionate about it and can focus on my passion which is designing, branding and securing websites.

But I made a mistake 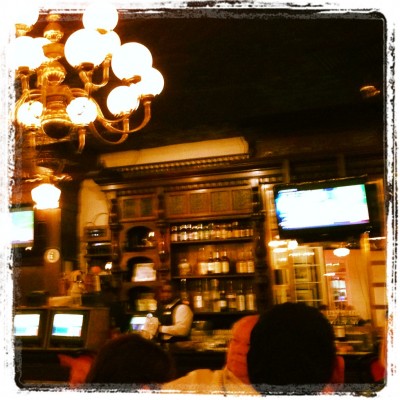 I built a team based on theories.  These people would be good because of this and that, but ignored the history and sinking feeling in my gut.

The team would have ideas and I’d get to work.  I designed websites, created sales pages, working every single weekend so we’d be ready for xyz and then we’d “go another direction”… all these projects near completion but none completed.  Instead of being  (per the agreements I wrote) a “positive family oriented environment” it wasn’t.  It wasn’t negative, (at least not yet) but it was one of tides; coming and going, but unlike tides it was random.  “Let’s do and we’ll win”then gone.

Thus I went from my best month EVER, to the worst 2 months in the past 2 years.  There were 2 new people, the social media person, the Facebook ads, the programs that assist in what I do, and other fees.  All of these outgoing expenses and NOTHING coming in…

All the conversations about wanting to have money to enjoy New Orleans were for naught.  Luckily for me an ex-client paid a back due amount.  My team gave me a file with flyers to print the day before I left, so I had no time. Especially since we had a project which resulted in me creating another website for a campaign, which included a confrontational report rather than being helpful, which made me uncomfortable.  It also campaign involved 9 steps, I lined it out and added each page as I completed them.

Those who say create a product in an hour are using premade materials.  The process involved share page, sharing, getting a freebie, signing up for a test, an email, taking the test, getting the results, going to the sales page.   The salespage needed work but it was ok for right now, the email needed to be created, and the sharing had issues, both were assigned to others, so all would be ok, …

I got an iPhone 5

… and made the best and worst purchase ever.

Best because I could check on things, worst for the same reason.  On Saturday, I decided to miss a session and get some work done…  the notices of opt-ins weren’t coming in.  My team also requested to have my seminar roommate test the process.  My roommate doesn’t need to be involved, so I test… the share only works with Twitter, not Facebook.  But we’re running Facebook ads.  The email to send people to the test, didn’t exist, so no one who opted in was getting the email telling them where to go.  Two issues in the first 4 steps and I realize my focus was 8 hours away worrying about things going on back there instead of the seminar, and the people who were with me.  As long as my focus was not on the people with me, then my business could not grow.

Yet, each time I got online (doing site reviews, personal social media) I saw messages that pulled my attention away from where I needed to be.  There were also comments that while stated by the person to be “neither negative nor positive” were designed to hurt.   However when I was told I wasn’t thinking clearly or holistically, I realized I had never been thinking more clearly or holistically, especially after checking USPS on paperwork had been mailed a month prior and still not mailed back.   In the end I lost a friend, but gained many more.

There were multiple signs I was exactly where I needed to be and with the exact right people.

The reason I went to New Orleans was because of the amazing Michele Scism.  I had been following her since she and Michelle Shaeffer started the blog challenge.  And was honored to be there and be a sponsor.  (Michele, plans are to provide a much bigger sponsorship next time!!)  The group was small but intimate.  I was there with Natalie Wheeler, an amazing Law of Attraction, Raw Vegan who had me drinking (and still drinking) green smoothies every morning.

Another there was Bob Jenkins, whom I started following when MySpace was still popular. (Yes, there was a time.) We were friends on WAHM.com/forums and mutual friends of Natalie Carney.  It was amazing to finally meet this man in person after 6 years!!

Belanie Dishong with her amazing hugs, Lar Park Lincoln with her wonderful heart and glowing smile, and Michele’s amazing team, Meredith, and Lisa.  All of whom I met the year before where here again!

Plus we got to meet up with my friend Prince Selvage, a friend of over 30 years!!

Sitting behind me was a beautiful woman named Kristen Eckstein who had an Avengers lunch box.  Here she was showcasing her love of Avengers.  At home a good portion of my DVD collection is to super heroes, and plans of going to comic con 2 weeks later.   Then I had searched for a long time to find a “super woman” type figure to use for the company ad (which goes against the confrontational report).  But I had been keeping this person, who loves super heroes, Sci Fi and laughingly talks of World Domination away from the business side of me…. and here was a woman clearly carrying both sides.

One night, we had a networking party.  Every so often people would switch tables.  I switched to a table with Sheryl Silar and Therese Sparby, because I didn’t know Sheryl at all, all I knew about Therese was that she was dating Bob.  Therese was talking to Sheryl about what she wanted to do with her life.   I added in the thing I knew most of all, the “What would you do if you won 10 million dollars?” because I enjoy what I do… (more money would make it a lot more fun).

Somewhere in the conversation Therese said she was a coach.  I have been wanting to find a positive, inspirational coach, and as soon as Therese said the word I knew I would be hiring her, somehow someway.  By knew, I mean in the sense that my being said she’s the coach you’ve been waiting for…  (Check your mailbox Therese!)

Back to I love what I do…  at Comic Con, I asked this exhibitor, do you have  a website, and the lady said, “No he doesn’t.”  No social media site either! With both being my passion I went off on the importance, and value,  he already had someone for the site, but “couldn’t find the time.”  And while I could see my own mental design of the site, or Facebook page, I wanted it for the exhibitor.

Now the business is going back to a positive environment,  so now I  need to build clients back up.  I plan on December being my 2nd best month of the year.