My Relationship with Tony Stark

Today 2 friends on social media were discussing how modern technology has made us further apart and closer.  I see both, but the more I thought about it, and something else that has been on my mind, I realize I have a  relatable relationship with Tony Stark, (Iron Man).

His parents like mine, were big into knowledge.  They taught me to reach for an encyclopedia whenever I wanted to know something.  They taught me that knowledge is the key to many many doors.   They taught me many skills, which enabled me to do more than what those skills would normally be for.  This is how Tony is able to build his newest armor from scraps. 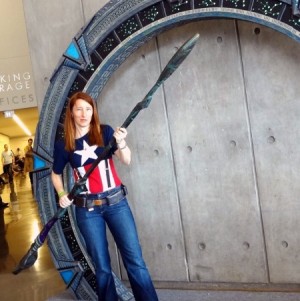 Yes, I know it sounds confusing.  See the deal with Tony Stark is when you are intelligent (not just IQ), you become different than some of the population.   When you view knowledge as power, you separate yourself from the population.   But when you view knowledge not as power, but life itself, you ARE separate from the majority of the population.  You aren’t trying to separate yourself, but your life does.  People look at you differently, simply because the world itself is completely different in your brain and in your view of life.

But that need for knowledge means it’s hard to find friends.  It also means it’s hard to trust people.  People want to use you, for you heart, your capabilities.  You really want to know who your real friends are but you need to look up the latest reports on some subject on your mind now.

Social Media means you can reach out to others in a feeble attempt to make a connection in between reading a business book,  a WordPress plugin, how to secure communications, and natural dog food.  (You think I’m joking?  These are just a few windows open on my computer).

Yes, indeed, I have not read comics nor seen more than a few episodes of Doctor Who in years, but I am in love with the mythos and know people who love it as well, even if they are more or less involved.  This is far better than the misfit feeling that I felt growing up with those loves.

This post was originally about how lonely I’ve felt lately. Note: Lonely is different than alone.  I’ve had 6 brief hugs in the past 3 weeks.  That has been my only physical contact with people and includes my birthday.

Get a roommate, it’d help with your finances and give you company.  The problem goes back to Tony Stark again… I need my space, (plus room for 2 cats & 2 dogs).  My single bathroom is smaller than some handicap stalls.   I don’t want to share my space with a roommate, whom may actually make me feel more lonely because then I wouldn’t feel the comfort in walking around the house multiple times a day, going in and out to think…  Recently I realized part of my problem with this house is that my neighbors are too close, I don’t have that comfortable space in my backyard.  The only time I feel the comfort of space is when I’m walking in the neighborhoods with few houses and much land.

Others will condemn me for saying I feel lonely, because they are alone a lot themselves.  One who has told me this repeatedly is married.  She loves her husband, they are together most nights, she has children who visit…

But when I am sick, or in pain, or having a birthday and think through my mental Rolodex of who can I call, I feel the pain Tony felt in telling Pepper, he felt lonely, and wanted to know someone was there for him.  Like Tony I’m trying to get better about reaching out to my friends… but I know my friends are busy with their lives, unlike Tony, I know I’m not great at communication.  I try, but the squirrels inside my brain distract me with thoughts on writing, business, the movie commercial I saw out of the corner of my eye, the fact the couple behind us just talked about bison cheese, and then me mentally noting I need to look that up later….

A friend said “you choose how to spend your birthday.”  Unlike Tony Stark, I don’t have the money or popularity that people would come to a birthday party just because.  I don’t have money to jump on a jet to visit my friends in Oregon, Austin or Cali.  I went through my mental list of local friends to go with me to do something in Dallas…  and I came up with a list of people who would tell me, “I would but my husband (kids/both) will be at home and I want to spend time with him.”   And again I can relate to the pain Tony felt in feeling lonely.