Today is a birthday and anniversary.

Not an anniversary with someone, but an anniversary nonetheless.  It is also the very same day that became the Maine Coon Cat’s birthday.  The vet marked it as Lilo’s birthday when she first went to the vet at 6 weeks old. (I had found her 2 weeks before) 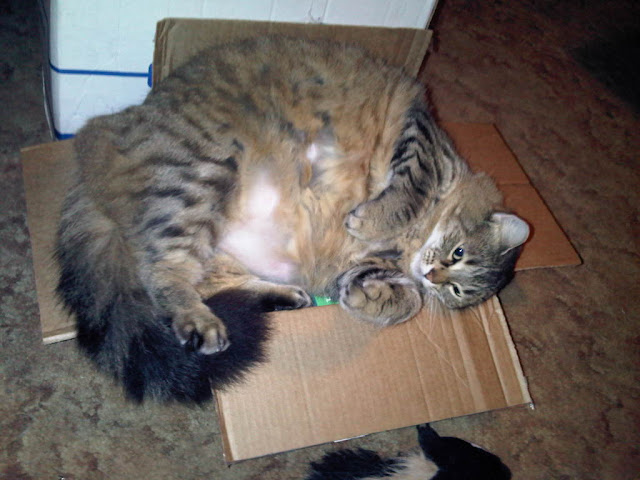 Today, she is 3, and it’s been 3 years since I realized how much my life has changed. But change is hard to see, and for those who are just getting to know me you may not know how much change there was….

In 2003, I woke from a dark life, and my hand bears a reminder of that day. Perhaps a scar does not sound like the best reminder, yet it constantly reminds me that I need to help others. Even if that idea did not occur to me until later.

Looking at my life, I realized it was not where it needed to be. This was the day I decided to take an active role in changing my life. Perhaps that seems strange but the years of being neither dead nor alive were disturbing and far fresher in my mind then.

In the years before between 2003 and 2008, I juggled the two darkness and a bright dawn. It was simpler to step back into the darkness than to step into the sun. So I danced the edge of emotions without truly having them, yet that edge dance also meant I did truly live either. I denied myself life, love, friends and so much more.

A week later I met Carrie Wilkerson, a blogger I greatly admired.   Also met Joe Vitale, his books I had read years before.  Both were part of my awakening from nothingness, now at the same seminar.  Then fate would put me alone in an elevator with Joe Vitale, yet rather than say hello, he stated “you are not where you need to be.” It seemed to surprise him as much as me.   It was validation and confirmation. And as I stepped out the elevator on my floor, I looked at my hand, the scar clashed against my skin. This was when I realized that the scar is my reminder that I can not let others go through what I did. I can not change the lives of all but I can change the lives of some.

3 weeks later my shrub mewed at me.  Lilo had arrived.

I did a 12 hour radio show about facing your demons, meaning fears. In the weeks before people had asked me about interviews and I was too afraid. So I decided to bust through my fears by talking to others about their fears and how they overcame them.

Laid off from my job, on that day I said I would not return when the next tax season started. The accounting / bookkeeping business is far from honest, and even further from having a heart. The rising tide of emotions made the job impossible.

This anniversary was different. I was broke. No money to afford the new phone I needed for 12 hours of interviews. Yet I had survived the worst month of my life. June 2010. From June 2nd to July 1st the month brought constant pain.

Grandmother’s stroke, organs shutting down, and death. The best friend disappeared. Rats eating my garage literally. Luna’s messy food allergy, water leaks. Additional expenses with no money to pay for them. It would have been easy to stop eating as I had many years before. It would have been easy to shut down all my emotions as I had after that. Yet I did neither. I hurt. Yet on this day, broke as I was I quietly celebrated life, and surviving.

The person I was before July 20th 2008 seems a distant memory, forever changed from the person before in one realization. The person in 2009 was a more mature version of the one in 2008. Because of June 2010, the person in 2010 was not the same as before. She was one of wisdom, tired but hopeful. Yet sometime in December 2010, that person disappeared, while I thought about life and changed my life’s direction yet again….

Perhaps change is too strong of word, perhaps only I stepped more firmly onto my path. It’s like getting lost away from your trail and suddenly coming across it. This one feels like home. Nay this path is home, for on this path there are lights were none were before, and those lights are the people who are here reading this blog, reminding me that I am changing lives.

I see more than I ever have. I am more full of love than ever before. And while I sit alone as I do most nights I am less alone than I have been in a very long time. There is much in my soul, and while I have oft said I need to start writing, my soul has said it was not yet my time. Now a fire is burning within me begging saying the time is here….

even as my bed begs the same….

So I bid you adieu.
And I love you.