Why I Write of Abuse

This isn’t said to diminish what you or anyone else is living through but to say you aren’t alone. 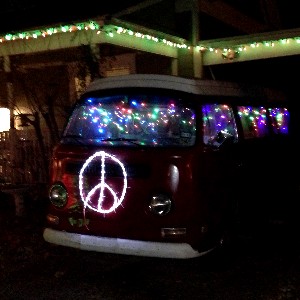 The previous post has been misconstrued to be about the business, I felt that without telling the back-story there would be too many questions.

Plus this allows you as the reader to see that what was said was not in proportion to what follows.  It also allows for the telling of a story, because verbal abuse isn’t just about the words, there are actions and there are duality of words.

This duality is when a person says the person cares about you and treats you as if you were dirt.  In reverse it could be saying you are too ugly to love, then hugging you, as if to say they are the only ones who could love you. Perhaps he says something kind then uses a backhanded comment to slap you.  This type of behavior leaves you continually off-guard so you are uncertain where they or you stand.

Perhaps the biggest reason I write from the story point of view is to explain something that Stacie Cole pointed out, to carry out abuse, abuser typically use a trick called “gas-lighting” as per Wikipedia:

Gaslighting is a form of psychological abuse in which false information is presented with the intent of making a victim doubt his or her own memory, perception and sanity. It may range simply from the denial by an abuser that previous abusive incidents ever occurred, up to the staging of bizarre events by the abuser with the intention of disorienting the victim.

Someone who is systematically abused by someone else may not see it.  The abuser sets things up to make the person doubt their own memories and perception.  They use these techniques to also isolate someone, by making the people that can be trusted look like villains.  The abuser becomes the savior that keeps the abused safe from the villains and the martyr that must endure what the abused does, never mind that both cases are created by the abuser.

You can’t catch a tiger in a tiny little pen and expect it to accept it.  You can fence off one side, and then another, until all four sides are up.  Slowly you make the pen smaller and smaller, until suddenly the tiger has no room.  This is what the abuser will do.  This isn’t to say it is always a conscious effort on their part, but it is something they do, to make you accept the isolation and that you aren’t worth anything.

This is why a person can go from a confident person into someone scared of their own shadow in under a year.  Normally the abuser picks someone with a bit of fear, because that person is easier to break down, but the process and reasoning is the same.

The purpose of this type of mental and emotional abuse is to demean and devalue the other person.  The abuser can step in and use the person.  And that use may be physical, sexual or emotional abuse, the abuser wants to be the controller and “winner” and the best way to win is to create your own personal loser.  And it can happen in any type of setting, from family to friendship, business partners to co-workers, bosses to employees, couples to casual relationships.  It typically happens in closer relationships where the person can build a level of trust and more time to build and destroy.

Unfortunately I know this is true from both personal experience and many talks with people who have read my personal blog who have lived it.  While the previous case is a meltdown, it shows a tendency, probably indicators.  That type of speech; however, is indicative of an emotional abuser. In a “normal” abusive relationship an abuser would have worked slowly up to that after 6 months or so… But the speech… the words? Those are almost the exact phraseology that an emotional abuser would use….

Perhaps you are fortunate and have not to have gone through abuse; but unfortunately a lot of people I know have suffered.  They have lived through emotional, mental, and physical abuse, and I write for them.  It is from real stories of real people that the best lessons are learned, and thus I write… because if people see my story and learn that they are valuable and shouldn’t accept emotional abuse and hopefully walk away then the world is made a better place. Even better if I can help someone see the light before their children go through it. This makes tomorrow better. Perhaps they will teach their children not accept to it or create it. For abuse in its various formats happens slowly and dims the light of those people, and even the people surrounding the abused. I’d much rather tell my story, so someone can see it and start shining once again, and as they shine so do the people around them.  One candle may not light a room, but 3?  5?  all the people that surround the person who went from dimming to turning up the lights?  Ah… now we are talking about a brighter world…

Yes my dear reader, that’s why I’m here, writing stories that may not ring true for you, but maybe just maybe it sounds like someone you know, or that dear soul is here reading the story now…  and tomorrow maybe they’ll let a bit more light into the world…