How Self Hatred Builds

A recent personal post on Facebook was about a moment of self-hatred over something as simple as my blood iron being a bit low.  For someone who hasn’t faced the demons of self-hatred or self-anger it seems extreme.  Some who have lived with low self-confidence might understand, but others?  For those outside, it seems outrageous.

And yes, they are right, and they are wrong.

In reality they are absolutely right.  But the truth is self-hatred and anger are demons that are dangerous and consuming.

They consume everything in their sight, black-holes that suck in anything that might be related to joy or happiness.

Fortunately rarely does this just happen.  Unfortunately there are many reasons it can happen.  Here are just a few reasons,

“How can someone hate themselves?”

Abuse doesn’t start at the worst point, it starts small. 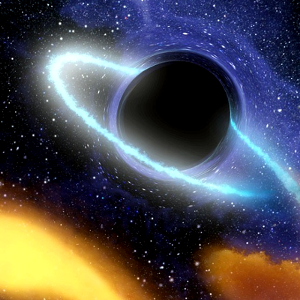 We all hate something about ourselves.  We all hate whatever it is that we deem a stupid mistake.

An abuser sees that point that you hate and seizes it.  They store that information for later.  Should you commit a similar mistake then they can show you how you have an ongoing history of it, and how you “always make mistakes like this.”  With something you hate about yourself, they magnify it (which is actually what they are doing with the mistake as well.)

Next what they will do is start breaking ties. Ties to people who might challenge them and their magnification of your faults are TROUBLE.  They’ll make you question the abuser.

So the abuser will look for things you might tell these trusted individuals and make it sound like they leaked secrets to the abuser.  If not, the abuser will point out the times those individuals let you down and magnify them, so you begin to believe the abusers accusations that your friends and family can’t be trusted.

Break one bond after another.  Magnifying your mistakes.  This becomes easier the longer the relationship exists.  The abuser uses additional mistakes to build bigger and bigger ammunition.  And of course with more and more isolation, you have less positive influence.

The abuser might even merge you into their culture / friends so you have additional abusers ready to point out your faults.

Eventually it reaches a point that EVERYTHING IS YOUR FAULT.

The abusive friend accuses you of being selfish for not wanting to spend time with their kids.  Not going with them to the gym.  Not being supportive in their current “thing.”  Selfishly staying home when you are sick and they “need you.”

Surrounded or with just one who is very persistent, you will slowly believe the lies they tell you…

Unfortunately I picked a couple of significant others, a couple of bosses and even a best friend who were abusers.

Add a couple of traumatic incidents, that normally make a person blame themselves, and the self-hatred record goes into auto-play.

In my case it went into auto-play for 10 years.  1997 to 2007.  While it has been 6 years since then, there are times when the record drops on the play deck even though I thought I’d long ago thrown it away.  What’s really sad is that it plays over silly things.

If you know someone facing these demons… remember it’s not an easy fight, and it’s an ongoing fight.

Sadly Too Many People Understand

While I wish I were the only one with this self-hatred issue, I’m not.

I’m not alone in looking at my boyfriend funny when he says “you are beautiful” or “you are a smart woman.”

I’m not alone in looking and seeing people who love me and wondering, “why?”  “why do you care about me?”

I’m not alone in feeling a moment of panic when a friend who says, “Let’s do something!” and you are questioning what you did wrong.

I’m not alone in the feeling of “did you mean to send this to me” when a friend texts, “I was just thinking of you.”

And if you are questioning why they would want to help… they want to help because you matter,  even if you don’t feel like it.  (I am saying this to me as well….)

Love, Laugh and Hug someone today,